All 4 congregations got quorum and all voted strongly to proceed.

Congratulations on all your hard work. Onward we go!

The Amalgamation Working Committee met on October 22 and reworked the Vision Proposal. Delegates worked hard and each of the congregational teams made major contributions to the report.
Our next meeting is November 5 at Faith Lutheran at which time the Vision Proposal will be finalized and distributed to the congregations in advance of the Town Hall meetings which will take place on Sunday, November 25. The vote of intent to continue toward amalgamation will take place on December 9 in each congregation. Thank you for your prayers, support and encouragement during this time of discernment and commitment.

On October 4, the Amalgamation Working Committee met with the consultants at St. John’s. We were delighted to have Bishop Michael Pryse as our guest, who, as always, gives wise and informed counsel. At this meeting the consultants provided us with a draft proposal for amalgamation based on the findings from our May and June meetings plus our September 16th meeting. All of the issues, concerns and questions from September 16th were discussed as we went through the draft document. The result? Hold tight! The Committee will receive a second draft for our next meeting on October 22nd which will contain a more streamlined plan. We will have an initial amalgamation plan and procedure for our congregations to consider at the Town Hall meetings on Sunday, November 25th.

​Other important dates:
November 18 - distribute resolution and other materials to congregations by this date

We have talked a lot about amalgamation over the past six months. Thanks for joining the conversation. Every input is important and is being heard!
The Amalgamation Working Group feels that we are now at a stage when we need to spell out what the mission of an amalgamated church will look like.
Will we focus on family and youth, millennial, elderly or newcomers?
Will we have a community garden or a community kitchen and expand our food ministries?
Will we ... well, there are a thousand things we could do, but we can't do them all.
So, this coming Sunday, September 16 is the time to start talking about how we want to be "In Mission for Others" in a new, exciting way. And we need to hear your fresh ideas. We need to see your vision and feel your passion.
We are looking forward to our conversation at St John's on Sunday September 16th after service and hope to see many of our younger members as well.
Lunch at 01:00 pm - please bring your own, and we will start visioning together at 01:30 pm.

Between May 26 and June 10 members of Faith, Grace, St. John’s, and Transfiguration congregations gathered to share their hopes and ideas for the future. There was a very high level of participation in this Bible study-based amalgamation exploration process in each of the 4 congregations. Inspired by the picture of the early church as described in Acts 2:41-47, people took the opportunity to think about the future of Lutheran ministry and mission in Hamilton.

Our facilitators Janet Marshall and Ron Ewart collected the feedback and new ideas received at these group discussions and wrote up the attached summary. Today, the Amalgamation Working Group shares the summary with you as it represents your voice in the amalgamation process. Please take some time to read the attached. You might recognise your own input! We also invite “feedback on the feedback.” Please let us know, preferably in writing, which of the new ideas you like in particular or if someone else’s comment resonates with you.
​
Please submit your feedback to any of your congregational delegates by August 15. All feedback will be submitted to Janet and Ron who will then present it to us at a meeting scheduled for Sunday, September 16 at 1:30 pm at St. John’s. If you have any questions, please speak with a delegate or your pastor. Thank you for being part of the discussions in May and June and for your feedback on this summary. What you have to say is very important for the amalgamation process.​

Download File
While there were groups discussing each of the 6 ministry categories, the most interest was in categories of (a) forming and sustaining community within the church, (b) outreach and social justice, and (c) evangelism: inviting, welcoming and including people into the church. Worship, fellowship and pastoral care, and teaching and learning garnered the least interest for different reasons.
• For worship, there was a sense was that both what was happening now was meeting the needs of your current members well. People are satisfied. This being said, there was strong recognition that you need to diversify worship and music if you are to grow.
• People generally feel that you are doing pastoral care well.
​• For teaching and learning, there is a sense that this mostly happens in worship. Others see that learning happens in all activities. So, there is a sense that this ministry doesn’t have a lot of definition and is an area of potential development.

The Amalgamation Working Committee was very excited about the Launch Event on May 6th! The service was well organized, the sermon creative and encouraging, the music inspiring and the sanctuary beautifully decorated with the four banners from our joint anniversary celebration in 2015. Each congregation received a candle with the amalgamation logo on it to use in their worship services over the next months. There were 175 enthusiastic members from the four congregations in attendance. Following a light lunch and fellowship, over 100 people stayed for the first round of amalgamation discussions. Thank you to everyone who helped plan and organize the event and to all those working behind the scenes. 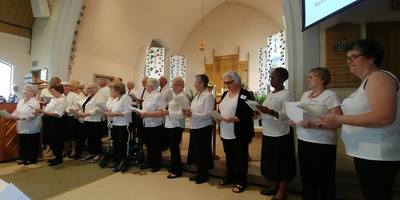 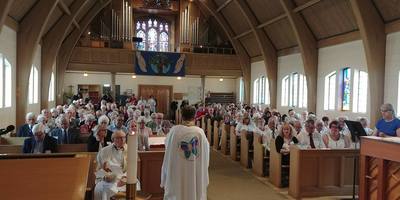 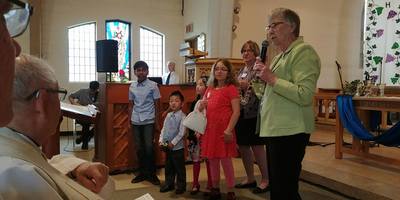 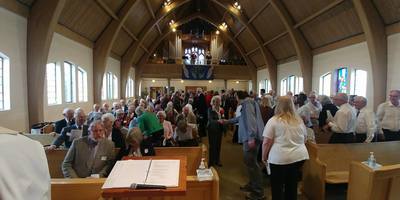 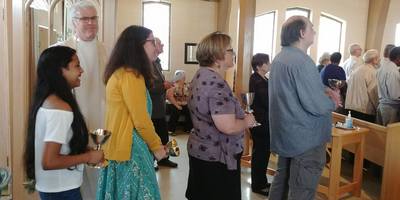 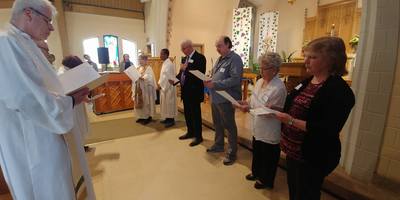 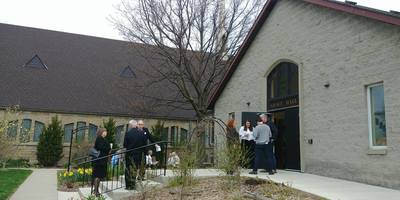 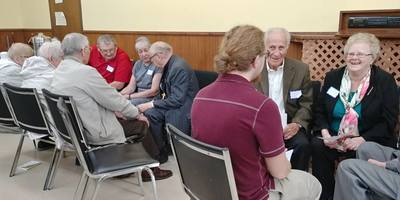 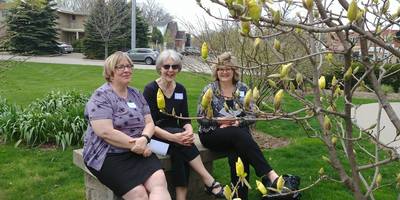 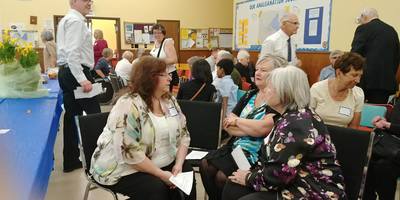 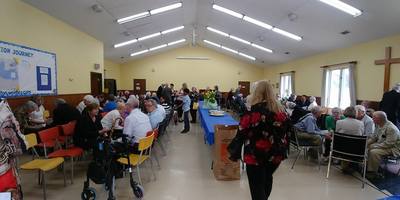 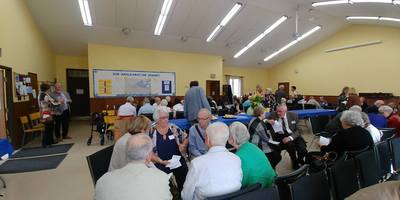 The Amalgamation Task Force met again on April 9 at St. John's Lutheran Church. Consultant Janet Marshall from the Toronto United Church Council met with the group in person and consultant Pastor Ron Ewart, also from TUCC, joined the group via teleconference. The group decided on a new name: the "Hamilton Lutheran Amalgamation Working Committee." The group planned for the Amalgamation Launch Event, which will include as many members as possible from all four congregations, scheduled for May 6 at Grace Lutheran. The event will begin with a very special worship service at 10:30 am, followed by a light lunch and then an activity designed to get to know one another better. The event will conclude at 2:00 pm. Please plan to attend this Amalgamation Launch Event to discover what the amalgamation process is all about and to have your first opportunity to give your input! The group also planned tentative dates for facilitated sessions with our consultants with individual congregations later this Spring.

TUCC Centre for Church Development and Leadership's proposal was received on December 8, 2017. The proposal was presented and discussed in all 4 congregations' councils. All 4 congregational councils decided to go ahead.
​
January 8's meeting is cancelled. The next meeting is schedule on February 12, 2018, 7pm at Faith Lutheran Church.